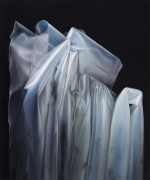 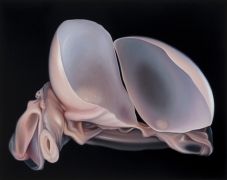 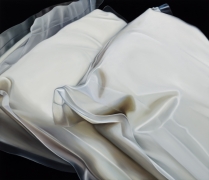 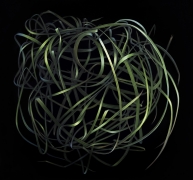 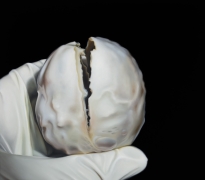 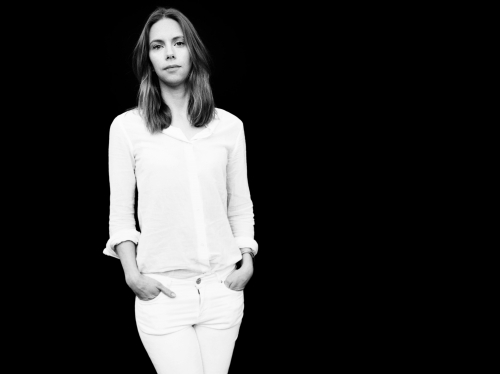 Anna Camner is a Swedish figurative painter. Camner’s probing searchlight puts objects under clinical scrutiny. Details are magnified, accentuated and exposed. The paintings fragmentary perspectives reveal the sublime within some, as would seem, ordinary elements, such as a pestle and stamen, petri dishes filled with expanding pathogens and folded plastic material. The fastidious accuracy of the details plays chess with the eye, challenging the viewer to make a move towards a new visual and spiritual discovery.

Anna Camner, born 1977, lives and works in Stockholm and has exhibited in Sweden and internationally since graduating from Royal Institute of Art in 2003. Her work has previously been exhibited in solo shows in Stockholm, London and New York, and featured in The International Biennial of Contemporary Art (BIACI) in Cartagena, Colombia in 2014, Mumbai, India in 2019 and the Armory show in 2020. In conjunction with being awarded the prestigious annual Beckers Art Award in 2017, her work was exhibited at Färgfabriken, Stockholm, Sweden. 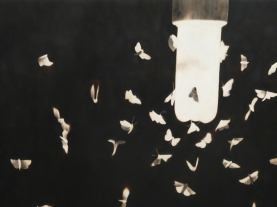 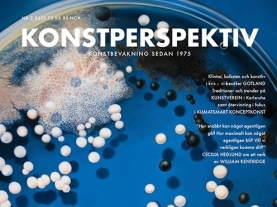 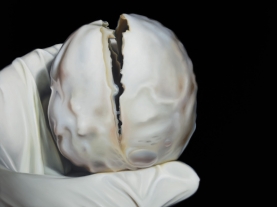 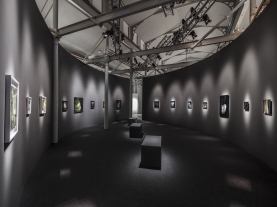